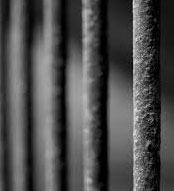 Odisha Channel Bureau Kendrapara, Mar 17: A 38-year-old convict died under mysterious circumstances ironically on the day he was released from the local jail after undergoing one-month sentence.Jayiram Rout, a native of Rajpur under Rajnagar police station jurisdiction, had been sentenced one month simple imprisonment by district family court for non-payment of maintenance sum towards his divorced spouse.Rout, brought to the headquarters hospital by the jail personnel, was received dead by the hospital authorities, said Sub Divisional Police Officer Purna Chandra Pradhan. Things have taken murkier turn as brother of the deceased Baidhar Rout lodged a complaint with Sadar police station alleging that assault inside the jail led to his brother’s death. The complaint charged that the deceased’s body bore injury marks on parts of the body.There is every likelihood that Rout was assaulted either by jail staffers or inmates of the jail.Incidentally, a number of hardcore criminals have been lodged in Kendrapara jail as under-trial prisoners.In past cases of prison violence has been reported in the jail. The Sadar police station has been directed to inquire into the alleged torture allegation.Police are waiting for the post mortem report before registering a case in this connection, SDPO Pradhan added.Jail Superintendent Biren Sahoo said “The convict while being taken for court appearance to obtain his release order suddenly fell sick and fell unconscious.He was rushed to the hospital.However he was received dead.Allegations of torture inflicted upon the convict are false and baseless”.