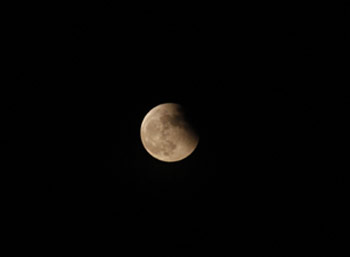 Odisha Channel Bureau New Delhi, Mar 26: A total eclipse of the moon will occur on Saturday (April 4, 2015) from 15-45 hours to 19-15 hours Indian Standard Time (IST).The eclipse will be visible in the region covering eastern Asia, Australia, North America, western half of South America, Antarctica, the Indian Ocean and the Pacific Ocean.According to a release issued by the Union Ministry of Earth Science, the places from where the beginning of the umbral phase is visible at the time of moonset are Argentina, western part of Brazil, eastern part of the USA and Canada. The places from where the ending of umbral phase is visible at the time of moonrise are some parts of Pakistan, Kazakhstan, India and some parts of Russia.The totality of this eclipse will last for a very short duration.In India the initial umbral phase of the eclipse will not be seen.At the time of moonrise, the totality phases of the eclipse will be visible from the extreme north eastern region of India and Andaman and Nicobar Islands.Rest part of the country will only see the partial eclipse. A few places from where the totality phase will be seen at the time of moonrise are Aijawal, Dibrugarh, Imphal, Itanagar, Kohima, Tezu, Port Blair etc. The circumstances of the eclipse are as follows: Time in I.S.T. Date Hours MinutesEclipse begins 4th April 15 45Totality begins 4th April 17 24Middle of the eclipse 4th April 17 30Totality ends 4th April 17 36Eclipse ends 4th April 19 15