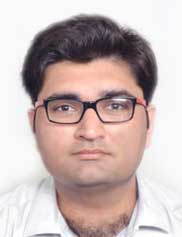 An Overview of its unprecedented journey in Odisha.By Chirag PatadiaIn current times, the marriage of digital media and networks have amplified our daily, everyday lives and is part of monumental changes relating to our prior engagement in knowledge fructification, communication, and creative expression.Apart from the entire globe, Odisha too has witnessed such changes and been an active member in its propagation.The very term “Existence” derived from Late Latin “existentia” is the ambiguous and mutable one, and one can have diverse assumption about what existence is in the context of understanding young generation’s bonding with digital media.Odia culture and Odishan society have produced such iconographic faces on world map that they have manifested as idols for youth as well as Baby Boomers.Personalities like Jayanta Mahapatra, Nandita Das, Manoj Das, Oopali Operajita, Prince Dance Group, Mira Nair, Nila Madhab Panda, Sudarshan Patnaik, Pragyan Ojha and others truly add feathers, colorful ones, on our hats.The youth, from Odisha leave no stones unturned.When one travels through various roads of Odisha, he or she can observe greenery and wireless networks walking side-by-side.Arun Jaitley, Union fiancé minister said, “As technology influences changes in the communication landscape, the future belonged to digital media due to its reach, scale, variety and accessibility.It’s true, but still today there are many hinterlands of Odisha where the winds of wireless technology notion do not flow and the ground behind such scenario could be mind-set, attitude, solvency, believability, awareness, education, monetary restrictions learning, experience etc.Many still question the likelihood if Facebook, Twitter, Linkedin, and other social networking sites and are apprehensive towards mobile phones, laptops and etc.In Odisha Youth Policy 2013, it is mentioned “Today’s youth are more connected and tuned in to the world than any generation before…..”.No doubt it is true, but one question comes in mind- How many are connected, in recent time? Statistically number is pretty gruesome.Further the Policy say, “Making globalization work for rural poor,….., is a critical challenge and needs careful planning….Within the state……..exists unevenness in the process of development , which globalization many further worsen.It is vital that young people from rural areas have access to technology and digital literary skills to operate in the competitive environment”.Reasons behind non-users of Internet and Digital Media Not at all interested. No availability of computers and laptops. Have little knowledge about its operation. Privacy issues. Expensive.By giving for many no-no in using digital media gets dragged back to very deep down to almost last level of well and miss out for various benefits like- connecting to society through various community engagement activities like charity, raising fund volunteering for local events etc, augmenting individuals and collective creating via developing and sharing by going for numerous artistic and musical ventures, broadening one’s online connection as well as fostering individuality and social skills required immense amplification and learning is possible, going through or researching health information, are just among various other godsend reasons.Numbers don’t lieAs per stated in Census report 2011, it is seen that 9.4% households in India have access to laptops or desktops.Chandigarh (U/T), Goa and NCT of Delhi are in top list with highest computer density whereas Chhattisgarh, Odisha and Madhya Pradesh are three states with lowest computer density of almost 5%.Numbers don’t lie.In Odisha, almost 5.1% of household (of approximately 97 lakh) have computers out of which only 1.4% have access to internet.Whereas in neighboring states West Bengal and Andhra Pradesh situation seems to be in good motion.With 8.3% of West Bengal household (approximately 2 crore) enjoy the benefits of computers in which 2.2% approach for internet and 8.4% of Andhra Pradesh’s household (approximately 2% crore) have computers (laptops/desktops) in their possession out of which 2.6% have gone for internet connection. In accordance to survey conducted by Business Today, it was observed that youths of Bhubaneswar used digital social media mostly for entertainment for networking, and its usage as a platform to interact with lawmakers/political leaders attracted at least score .Mostly alarming of response came when whether digital media or communication was used as source for decision making , 23.8% of BBSR youth said yes and rest i.e., 76.3% were in opinion completely opposite.Similar views were received in case of students (from all over India).The Flag these members hoist can never show the direction of current, passion of a particular nation.The most opportune moment we Indian especially Odishans have is that this nation, this state do provide us grounds on which we build our duplexes, apartments and etc.The personalities mentioned earlier are some Jewels from whole mine, the urge require is to ponder it, extract it, and give correct angles so that its personified relationship can be showcased or highlighted .Institutions like IIT, IOP, IOMA, XIMB, NIT,(proposed) IIM, Ravenshaw University etc do provide us fecund platform for our growth.Mission Yuva Shakti and Biju Yuva Sha-Sakti Karan Yogna are some of the initiatives taken by the State Government to ponder the nascent potential of various strata to build their capacities in addition to the latter scheme where financial support of Rs.10,000/- gives added advantage.Distribution of free laptops to girls and students belonging to tribal, dalit, and BPL categories at +2 levels, Odisha’s first digital Panchayat launched at Konark by Young India & Digital Empowerment Foundation aims to host independent web-portal of all the 29 GPs of Gop Block.These are some among many examples of steps taken by government to improve digital literacy.Even Google India has launched a digital literacy initiative campaign titled- “Helping Women Get Online” in collaboration with Intel, HUL, and Axis Bank.Our government along big honchos can help us bring it in Odisha for development.The young Net-generation act as catalyst if provided them soothing atmosphere and could be done by- creating IT hubs, more ICT based governance system (apart from Puri District), popularization of Odia version of Wikipedia, making manuscripts from Odisha State Museum available online among various are steps which could be taken.There is a requirement of certain degree of melting point for the “molecules and atoms” in liquid state to change to gaseous form and spread throughout.The writer is an engineering student based in Bhubaneswar.Please send your feedback and comments at janatavikasmanch@gmail.com.