Trickle Up builds partnership with OLM

Odisha Channel Bureau Bhubaneswar, July 27: Trickle Up, An international development agency, has joined hands with Odisha Livelihood Mission (OLM) to work for alleviating ultra-poor from the shackle of extreme poverty to a stable livelihood system.Trickle Up has signed an MoU with OLM on July 2 this year to work initially for 1000 ultra-poor households in two poorest pockets of Sundargarh and Balangir and has plan to scale up on the basis of the outcome.The cross cutting issues like child protection, women empowerment, prevention trafficking/migration, people’s participation in governance shall be integrated into the programme design.Besides, there will be special focus for livelihood needs of people with disabilities. 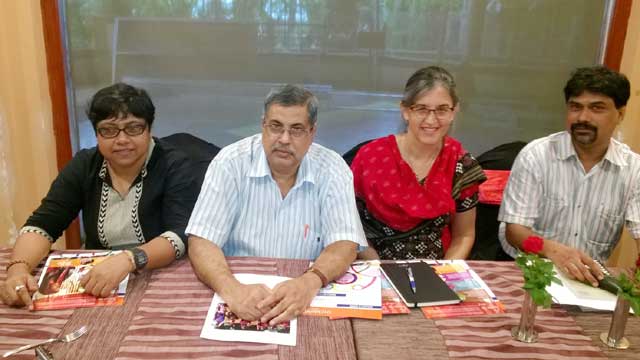 The Trickle Up team comprising Jaya Sarkar, Amalendu Pal, Braja Mishra and Maitreyee Ghosh shared their existing as well as future activities in Odisha at a press conference here today.The organisation is also looking forward to build similar collaboration with other credible livelihood promoting agencies amongst civil society organisations, CSR organisations and other government programmes.“We can end extreme poverty through building partnership amongst various actors of development,” it says.According to a release issued at the press conference, Trickle Up brings its experience and knowledge of working with ultra-poor for more than three decades in different parts of the world including India.It applies graduation approach of CGAP (developed by the World Bank) in a focused manner and has established demonstrable impact.Its approach to provide people with tools, skills, capital grant, access to financial services, handholding support/coaching and develop social capital for building sustainable livelihood system in a time bound manner has been well researched and published by MIT.In Odisha, it has shown good result which became basis for partnering with the flagship programme of the government.Trickle Up realises that to reach scale it has to collaborate with government which is the largest livelihood promoting agency.