Escapades of Odisha godman put administration in a spot

Odisha Channel Bureau Kendrapara, Aug 5: The alleged escapades of a self-proclaimed spiritual Guru have put the government agencies here in spot of bother with apprehension of breach of law and order situation looming large at the godman’s ashram on the outskirts of the district headquarters town of Kendrapara. 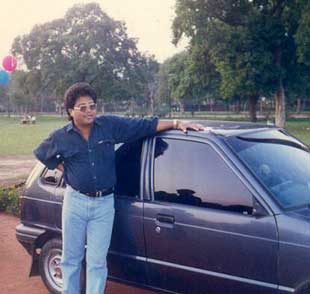 Angry people have staged a road blockade at Indupur-Barimula road paralysing vehicular traffic today. As a private TV channel yesterday beamed the alleged escapades and lavish lifestyle of Sarathi Baba, tension continues to prevail at the ashram in Barimula and adjoining villages.Police patrolling has been beefed up at the Ashram site to thwart possible breach of law and order, police said.People are visibly angry over Baba in his native village.As there is large assembly of people in the vicinity of Ashram, armed police deployment has been clamped at the site.Situation is tense and no untoward incident has been reported so far, said sub divisional police officer Purna Chandra Pradhan.“We are keeping close watch on the situation to avert breach of peace in the region as there is growing anger against Sarathi Baba,” he said adding that a cross section of people had lodged an FIR against the Godman yesterday leveling misdemeanor charge against him. 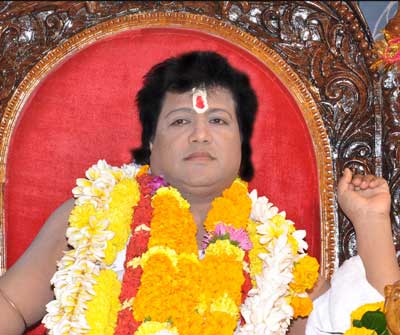 Police have acknowledged the complaint and are investigating the allegations.If charges are substantiated, case would be registered against the Baba as per the relevant Sections of the Indian Penal Code (IPC).In the late Eighties, many had seen him singing songs in devotional music programmes in Kendrapara town.With the dawn of Nineties, Santosh Raul 47, a college dropout, had donned the mantle of Sarathi Baba.By the turn of Century, popularity of Sarathi Baba had swelled manifold with thousands of devotees making beeline to Sarathi Ashram in Barimula village on the outskirts of district Headquarters Township. As a TV channel beamed the escapades of Baba, tension has mounted up in Barimula and adjoining villages.Police patrolling has been beefed up at the Ashram site to thwart possible breach of law and order.From little thatched house, the self-styled Godman’s ashram had taken the form of palatial building with generous flow of donations from devotees scattered across the state.“I have seen the ashram that was running in the mud-walled thatched house in 1993.Devotees were few and far then.But things brightened up steadily.Devotees who numbered less than a hundred a day shot up to thousands every day”, told a local Parikshit Patra.Very few locals were followers of Baba.They were of the firm view that Sarathi who claimed to reincarnation Lord Krishna was a fake one.His ardent acolytes were mostly from outside Kendrapara.He was good at music and possessed standard voice.His good looks and devotional songs that he rendered during weekly religious discourses enthralled the steady stream of visitors.His magic tricks of churning out butter from water, tulsi leaves and flowers from air had mesmerized his followers over the years, commented a critic, Ramesh Chandra Hota. He was devoid of spiritual powers.Cheap magic and soothing voice had cast a spell on people.It’s the wealthy people who comprised of sizable bulk of his following.Politicians, Bureau crats, government officials, cine actors, builders and contractors were ardent devotees of Baba.The self-styled Godman amassed wealth with huge sum of donation from his influential and moneyed devotees, Patra informed.Baba had tried to grab government land for expansion of his Ashram at Barimula.The villagers had vehemently opposed the forcible occupation of Land.Law and order situation had cropped up in 2012.The administration had later intervened.And Baba was forced to vacate the land, he added.“Police were having tough time in controlling vehicular traffic on Sundays when thousands of devotees were thronging the Ashram,” Inspector Kendrapara Police station, Biranchi Bagh. Baba gave discourses on religious topics to devotees on weekend and devotees were engaged in conducting rituals such as aarti and singing devotional songs in front of his photo frame.When asked on the TV channel report on his alleged escapades, Sarathi Baba said “it was a well-orchestrated conspiracy to besmirch my character.I am clean.My devotees would continue to adore and love me as they have been doing for years together.“Baba was a spiritual man to the core.He had healing power.He had cast spell on devotees with his erudite religious discourses.He is being defamed.Despite adverse telecast, his followers would stand solidly behind him in coming days,” said Gobind Acharya, a follower of the self-styled godman.