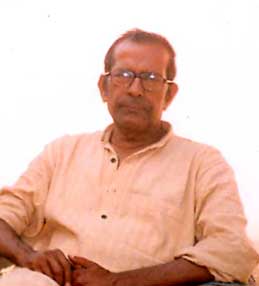 Odisha Channel Bureau Bhubaneswar, Aug 10: Well-known writer and educationist Ganeswar Mishra passed away here early on Monday morning.He was ailing for some time.He was 72 and is survived by his wife Surangini Mishra, retired Reader in Economics, three sons Subrat, Sunand and Sandeep, and four daughters-in-law.His second son Siddhartha, a renowned journalist, died in 2012.His youngest son Sandeep is Editor-in-Chief of Focus Odisha television channel.Mishra, who was born in 1942, was a well known author and translator.He had published both fiction and non-fiction and edited a number of texts in Odia and English, both academic and creative.He won many several awards, including Odisha Sahitya Akademi award and distinctions for his literary and academic achievements.Mishra was educated at Utkal, Kent and London Universities and taught English literature at Utkal for decades.He was president of Odisha Sahitya Akademi, and founding Editor of Odia daily Prameya.Chief Minister Naveen Patnaik expressed grief at the death of Mishra.The late writer had enriched all branches of Odia literature with his writings and had also written many books in English, Patnaik said in a message.