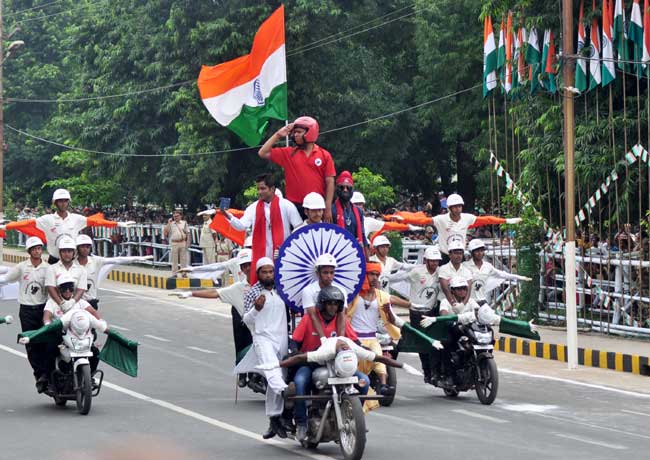 The different political parties also organised Independence Day celebrations at their respective offices by unfurling the national flag.Speaking at the Mahatma Gandhi Marg after hoisting the tricolor, Chief Minister Naveen Patnaik spoke about the welfare schemes that his government is implementing to benefit all sections of the society.The dare devil show organised by the Maharshi College student attracted the people gathered on the Mahatma Gandhi Marg.On the other hand, the Independence Day celebrations also passed off peacefully in the Maoist affected districts of the State.No untoward incident was reported from any place.