Odisha Channel Bureau Komna (Odisha), Aug 22: The four jawans of the Special Operation Group, arrested on the charges of killing Chittaranjan Sahu, a local youth, near their camp inside the Sunabeda wildlife sanctuary in Nuapada district, were remanded to judicial custody today.A local court remanded the four jawans to judicial custody when the Komna police produced them before the court a day after their arrest.Special Operation Group is a special paramilitary unit of Odisha police engaged in anti-insurgency operations.The Komna police had arrested Sub-Inspector Khusiram Bhoi and jawans Sashi Kujur, Pramod Jagdala and Kamadeb Pradhan after the body of the victim was recovered on Friday morning. 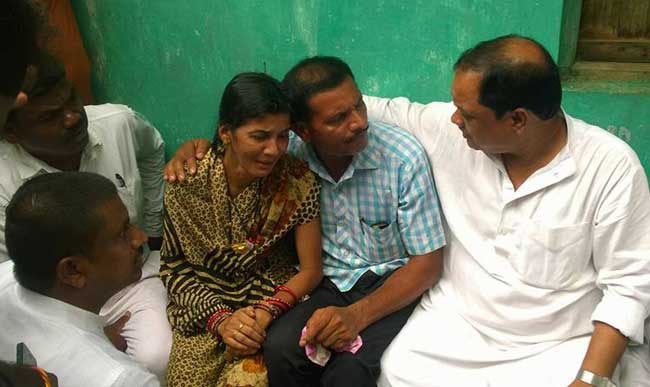 The police had started investigating into the mysterious disappearance of the victim after the people of Komna and Khariar staged demonstrations and observed bandh demanding action against the SOG jawans.Sahu and two other local youths were taken into custody by the SOG jawans on August 16 when the youths were returning from a nearby hill where they gone for picnic.The SOG personnel had allegedly tortured the three and later handed over two of them to the Komna police alleging that they were involved in a theft.They had informed the Komna police that Sahu had fled.One of the two youths who were handed over to the Komna police had injuries on their body, and one of them has been admitted to the hospital as his condition was critical.The Komna police started investigating about the whereabouts of Sahu after his father alleged that the SOG jawans had killed his son.The Komna police had recovered Sahu’s body from a pit near the SOG camp.The accused jawans had reportedly admitted before the police that they had buried the victim there.Meanwhile, a delegation of Odisha Pradesh Congress Committee led by PPC president Prasad Harichandan visited Komna visited Komna and met the family members of the youth who was killed by the SOG jawans, and the youth who was undergoing treatment at Raipur.Condemning the incident of custodial death of Sahu and torture of the other two youths, Harichandan demanded stringent action against the accused jawans.He also demanded adequate compensation for the victims.