Only 2 Odisha Cities fit to be Smart 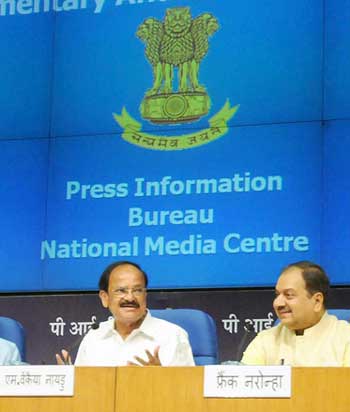 Odisha Channel Bureau New Delhi, Aug 27: Only two cities of Odisha – the Capital city of Bhubaneswar and Steel city Rourkela – have been found fit to be smart cities along with 96 other in the country.The people of Cuttack, Berhampur, Sambalpur and other towns were also expecting their cities to figure in the smart city list.But they can only wait as their cities had failed to meet the criteria for selection of smart cities.The list of the total 98 cities was announced by Union Minister for Urban Development M.Venkaiah Naidu here today.While Odisha has only two, Uttar Pradesh has as many as 13 cities in the 98 cities selected by the Centre.Tamil Nadu has 12; Maharashtra 10 such cities.Madhya Pradesh has seven, and Gujarat and Karnataka have six cities each.These 98 cities will now compete for the second stage of the smart cities challenge to secure Rs.100 crore funding from the Centre.The Centre will shortly release Rs.2 crore for each to these 98 cities for preparation of smart city proposals for competing in the second stage.Union Urban Development Ministry has already drawn up region-wise panels of agencies for assisting cities in preparation of smart city plans.The proposals will be judged by the Centre on from various aspects, including credibility of implementation, city vision and strategy, economic and environmental impacts, cost effectiveness, and innovation and scalability.The top 20 scoring cities will be chosen by December this year and Rs.100 crore per city per year will be provided by Centre for the next 5 years.The States will have to match this contribution, according to the Ministry.