Odisha Channel Bureau
Bhubaneswar, Aug 27: The first ever Bhubaneswar edition of “Great Conversations” – an Initiative by The British Council, was organized at Xavier Institute of Management, Bhubaneswar on Wednesday. 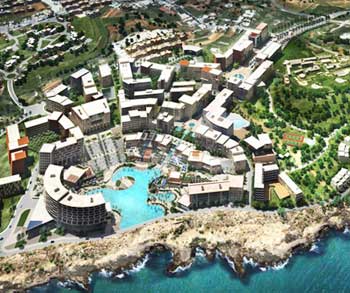 It was an open discussion on the topic – “The Future of Indian Cities” and the discussion panel comprised of Karuna Gopal, an internationally acclaimed thought leader, columnist, keynote speaker and advisor on SMART CITIES and Bee Rowlatt, a writer, journalist and the author of the best-seller “Talking about Jane Austen in Baghdad”.

The panel discussion was moderated by Scott Furssedonn-Wood, a career diplomat and the British Deputy High Commissioner for Eastern India since October 2013.The commencement of the event was marked by the opening address by Vice Chancellor of XIM, Bhubaneswar Paul Fernandes.

Emphasizing on the current need for a society having great leaders, peace, sustainability, resilience and justice, Paul invited Scott Furssedonn-Wood to start the discussion.Scott, after a brief introduction of the panelists highlighted the importance and need for smart cities but also urged the audience to consider balancing strategies amidst various challenges like increasing rural to urban migrations, environmental degradations and poverty.Rowlatt, talked about the importance of reducing our carbon footprints and the need for greener policies.

Espousing her love for trees, she mentioned how, according to studies conducted worldwide, trees lead to better societies by reducing anti-social behavior, bringing down anxiety and depression levels and shaping a healthy human psychology. Urging the audience to start caring about the environment, she also highlighted the importance of learning and implementing some good and successful models from our neighboring countries.

Karuna Gopal said that in order to understand what our future cities should be like, we should not forget the ‘past’; referring to the 1988’s Eastern Asian Miracle when nations more developed than India- like Japan, Hong Kong, Singapore, Indonesia and Malaysia-, capitalized on two key areas: Urban Planning and Investing in Human Capital, which India missed and because of which it is currently lagging behind.She welcomed the initiative taken by the current Modi government to introduce smart cities and agreed that the time is rife for smart cities to come up, for two reasons: One, that India has the benefit of having access to benchmarks, standards and models of good practices set by other nations and two, the mindset of Bureau crats too has changed.

They have become more supportive of having a cleaner and smarter city and more importantly a city which would be a ‘better place’ to live in.Upon clarifications sought by Scott as to what were the indicators of livability, Karuna clarified that although the term was subjective in nature, still it would include; predictability in availability of basic amenities like adequate drinking water, sanitation, electricity, adequate and low-cost housing and inclusion of the poor and marginalized, respect for women and, lastly but most importantly, a place where everyone should have the opportunity of ‘maximizing his/her potential’.The panel discussion was followed by an insightful question and answer session. The session was summarized by the moderator, Scott Furssedonn-Wood and was finally concluded with a vote of thanks by Rahul Jhamnani, the General Secretary of the Student Executive Council, XIMB.