Odisha Channel Bureau Bhubaneswar: In a major respite to consumers across Odisha, the Odisha Electricity Regulatory Commission has announced that there is no rise in retail supply tariff for 2016-17 for all categories of consumers.OERC further said that there is no change in transmission charges during 2016-17 and it will remain same as 25 paise per unit as in 2015-16.There is no change in meter rent also, the OERC said. 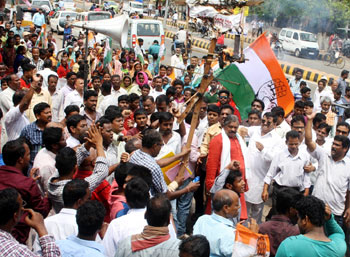 The Odisha Rajya Bidyut Upabhokta Mahasangha had warned to launch a statewide agitation in case OERC increases power tariff accepting the demand of the distribution companies.In order to have an appropriate energy accounting procedure and to identify/plug the revenue leakages, OERC has approved about Rs.100.00 crore for AT&C loss reduction activities including energy audit.OERC has also directed the DISCOMs to complete pole scheduling, consumer indexing and distribution network mapping lined with indexed consumer for such purpose.As the approved quantum of renewable energy is not adequate to meet the Renewable Purchase Obligation for 2016-17 as per OERC Regulations, OERC has provisionally allowed Rs.30.00 crore in the Aggregate Revenue Requirement of GRIDCO for 2016-17 exclusively towards purchase of additional quantum of renewable energy.OERC has also not accepted the proposed Aggregate Revenue Requirement of DISCOMs amounting to Rs.11,519 crore and approved an amount of Rs.9, 272.76 crore only.OERC has approved the distribution loss of 21.34% against the proposed distribution loss of 30.64% by DISCOMs.Similarly, the Commission has approved AT&C loss of 22.13 %, instead of 32.82 % proposed by DISCOMs.