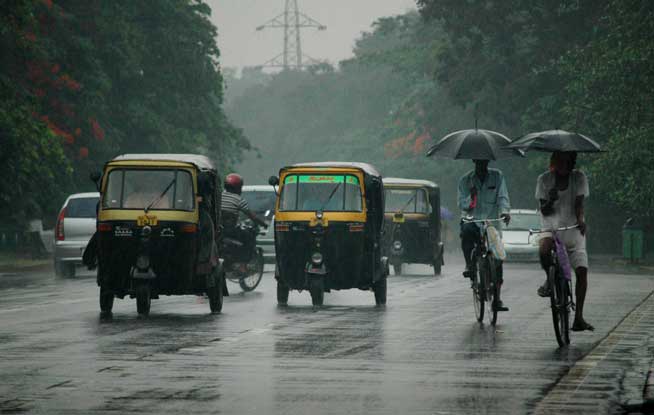 Odisha Channel Bureau Bhubaneswar: The first cyclonic storm that is brewing in the in Bay of Bengal today is likely to hit Odisha coast by Friday (May 20), according to weather experts.Interestingly, the cyclonic storm is brewing days before the arrival of monsoon.The depression over southwest Bay of Bengal had already intensified into a deep depression.The deep depression is likely to concentrate into a cyclonic storm and hit Odisha coast during the next 48 hours.Meanwhile, the skies in Bhubaneswar and other places in the State’s coastal region remained overcast since around noon, amid light drizzle at some locations in the city in the afternoon.As the skies remained cloudy, a cool southerly breeze carried moisture from the Bay of Bengal bringing relief to the people after a prolonged heat wave in the State.The possible cyclonic storm has already caused heavy rains in Tamil Nadu.The deep depression, which is likely to concentrate into a cyclonic storm, is likely to bring heavy rains in coastal Andhra Pradesh, coastal Odisha and coastal West Bengal by Friday.Bhubaneswar Meteorological Centre has already sounded a cyclone alert in Odisha coast along with Andhra Pradesh as a deep depression centered over west-central and adjoining southwest Bay of Bengal, about 780 km south-southwest of Gopalpur, was likely to take shape of a cyclonic storm in the next 24 hours.Heavy rainfall would occur in south and coastal Odisha in the next 48 hours, the Centre announced.The storm warning signal of Distant Cautionary Signal Number one (DC-I) was hoisted at Paradip and Gopalpur ports.Gusty surface wind speed from southerly direction in south Odisha coast and southwesterly direction in north Odisha coast reaching 55 kmph would prevail along and off Odisha coast under the impact of the cyclonic storm.