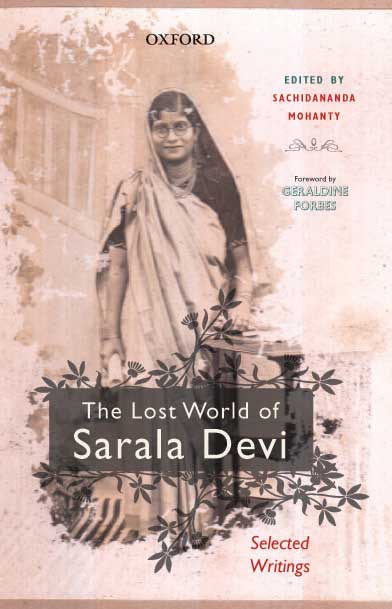 Odisha Channel Bureau Bhubaneswar: A path-breaking and historic book The Lost World of Sarala Devi edited by Prof.Sachidananda Mohanty, Vice-Chancellor of the Central University of Orissa, Koraput has been published by Oxford University Press, a prestigious international publishing house.This is the 29th book of Prof.Mohanty and the 2nd to be published by the Oxford University Press.According to the book “a multifaceted personality and a prolific Odia writer, Sarala Devi (1904–1986) was a noted freedom fighter, feminist, and social activist of her times.Her work covers many forms, including prose, fiction, play, literary criticism, and biography.This book brings together some of Sarala Devi’s best writings, including her charming tales for children with fascinating characters.Far ahead of her time, and completely forgotten now, she voiced important social and political concerns through her works and advocated a larger role for women in the public sphere.” Edited by Prof.Mohanty, this compilation of lucid pieces translated from Odia not only enables us to grasp the development of Indian feminism but also offers a glimpse into the lost world of a reformer with a fiery spirit.Prof.Mohanty does justice to this complicated woman by his selection from her writings and recognition of changes in her position on certain issues.This book will encourage additional research of value to women’s history.Prof.Mohanty is the present Vice-Chancellor of Central University of Orissa, Koraput and former Head, Department of English, University of Hyderabad.He has done pioneering work in archival research and published extensively in the fields of British, postcolonial, gender, and translation studies.He is the recipient of several national and international awards including those from the British Council, the Salzburg, the Katha and the Fulbright.He has to his credit 29 books in English and in Odia.Prof.Mohanty’s essays and articles have appeared in some of the leading journals and forums in the country and elsewhere.