Odisha Channel Bureau Bhubaneswar: Union Ministry of Railways has signed a joint venture agreement with Government of Odisha for development of railway infrastructure in the State.The agreement was signed by V.P Dudeja, ED/Works on behalf of Ministry of Railways and Sanjay Rastogi, Principal Secretary/Transport, Government of Odisha on Tuesday.A.K.Mittal, Member Engineering, Railway Board presided over the signing function. 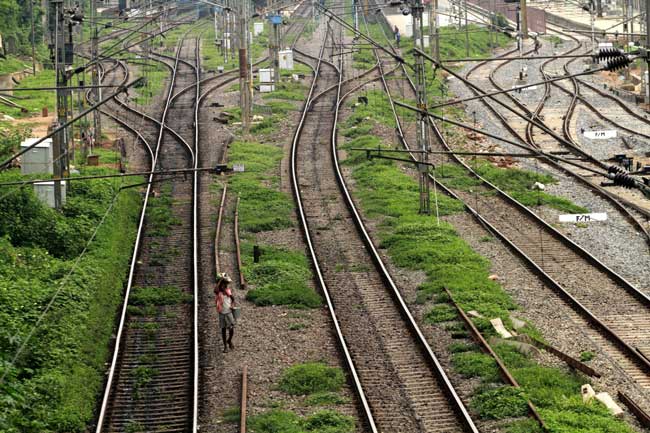 This is a very important step for formation of joint venture company for development of Railway Infrastructure in the State, according to an official release issued by the Union Ministry.The company shall identify projects to be developed and find avenues for financing of the same.Ministry of Railways and Government of Odisha shall be essentially funding part of such identified projects.Project specific special purpose vehicles (SPVs) shall be formed after financial closure of the project.Formation of Joint Venture Companies with the State Government will go a long way in faster commissioning of critical rail infrastructure projects as it will not only help in mobilization of funds but also in facilitating various clearances and land acquisition.In view of the growing demands for railway lines in various states and huge requirement of funds to execute them, Minister for Railways announced in his budget speech regarding setting up of Joint Ventures with states for focused project development, resource mobilization, land acquisition, project implementation and monitoring of critical rail projects.17 State Governments consented for formation of Joint Venture Companies in collaboration with the Ministry of Railways for development of rail infrastructure in their respective States.Draft MoUs were sent to these State Governments and discussions were also held with them to clarify various provisions of the MoU.MoUs have already been signed by the Ministry of Railways with seven State Governments viz. Odisha, Maharashtra, Chhattisgarh, Andhra Pradesh, Telangana, Kerala and Haryana.Jharkhand and Gujarat have shown their keenness to sign MoU/JV Agreements.Joint Venture Agreements were sent to all the above nine State Governments.Apart from the above 9 States, the other States who have consented/shown keenness for formation of State JVs are Punjab, Bihar, West Bengal, Madhya Pradesh, Rajasthan, Tamil Nadu and Uttar Pradesh.Karnataka is already having a Joint Venture (by the name K-RIDE) with Ministry of Railways.The MoU envisages formation of a Joint Venture company having 51% stake of the State Government and 49% stake of Ministry of Railways.Thus, the JV company shall be fully owned by the Government.The company will primarily identify projects and possible financing avenues in addition to Govt.of India and the State Government.After finances for a project are tied up, project specific SPVs or special purpose vehicles shall be formed.These SPVs can have other stake holders from Industries, Central PSUs, State PSUs etc.However, the JV companies shall be mandatory stake holders with minimum 26% shares in the SPVs.The ministry of Railways will sign a concession agreement of 30 years with the project SPV for safe and sound operation, revenue sharing and providing technical & marketing logistics to the SPV.The revenue sharing shall be based on already established formula being used for inter zonal apportionment of revenue.The most important aspect of this MoU is that the ownership of the land shall vest with the SPVs which is a departure from previous practice.This will give financial leverage to the company to exploit commercial potential of the land.This is likely to result in making project viable which are otherwise not viable.At the end of concession period, the railways will have option to take over the assets at a nominal price.This is largely in line with average codal life of the assets as most of the assets will need large scale replacement after 30 years.Indian Railways has been playing a major role in national integration by connecting the remotest places and bringing people closer to each other.Railways receive a large number of demands for network expansion as a railway line acts as an engine of growth for the area it serves.However, Railways have a large shelf of ongoing New Line, Gauge Conversion and Doubling projects needing about Rs 3.86 lakh crores to complete.We have been trying to meet the aspirations of public within limited availability of funds.To expedite the projects, Railways have been trying to mobilize resources through other than Gross Budgetary Support.However, on the initiative of Minister for Railways Suresh Prabhu, Indian Railways have tied up funds for critical capacity enhancement project of doubling, third line, electrification etc.This tied up loan will ensure dedicated and assured funding for such critical projects.