We will not spare anyone indulging in any corrupt practices: Odisha Govt.

Odisha Channel Bureau
Bhubaneswar: “Transparency is an important pillar of this government and we will not spare anyone indulging in any corrupt practices,” said the Odisha government while placing 2009 batch IAS officer Bijay Ketan Upadhyaya under suspension with immediate effect on Monday. 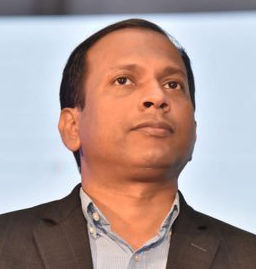 The government’s statement came soon after Upadhyaya, Director, Horticulture was arrested by Odisha Vigilance for demanding and accepting illegal gratification of Rs. 1,00,000 from the authorized representative of SRM Plastochem Private Ltd. against payment of over Rs. 50 lakh released to the account of the said company.

SRM Plastochem Private Ltd. is an empanelled supplier under Directorate of Horticulture, Odisha for supply of sprinklers to eligible farmers in Odisha under Pradhan Mantri Krishi Sinchayee Yojana (PMKSY).

According to Director, Vigilance, for approving the bills for payment to SRM Plastochem Private Ltd. Upadhyaya had demanded part of the payment amount as bribe from the complainant authorised representative of the company after the payment was credited to the account of the company and had directed him to pay the bribe to Pattanayak of YES bank who had been receiving bribes from different companies and suppliers on behalf of Upadhyaya.

A trap was laid accordingly on Monday and Pattanayak was caught red-handed by the Vigilance officers after receipt of bribe of one lakh rupees from the complainant on behalf of Upadhyaya. The bribe money was recovered from the pant pocket of Pattanayak and seized in presence of witnesses.

Following the trap, simultaneous searches are being conducted at the office, residential house and houses of the relatives of Upadhyaya and Pattanayak and other suspect officials of Directorate of Horticulture located at different places in Bhubaneswar, Cuttack and Balasore to trace out incriminating documents and possession of disproportionate assets.

Accused Upadhyaya and Pattanayak have been taken into custody for further interrogation and investigation.

More than 100 Vigilance officers and other officials have been deployed for the operation and are conducting searches at 11 locations. Teams consisting of Chartered Accountant, Bank officer and officers of Cyber Cell are assisting in the investigation.