Odisha all set to get a new IIM 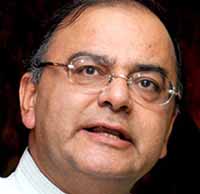 Odisha Channel Bureau Bhubaneswar, July 10: With Union Finance Minister Arun Jaitley announcing establishment of five Indian Institutes of Technology (IITs) and five Indian Institutes of Management (IIMs), Odisha is all set to get a new IIM.Odisha is among the five States where IIMs will be set up, Jaitley told in his budget speech in Parliament on Thursday.The five States where new IIMs will be built are Himachal Pradesh, Punjab, Bihar, Odisha and Maharashtra.The new IITs will be established in Jammu, Chhattisgarh, Goa, Andhra Pradesh and Kerala.The Finance Minister has also announced that four more AIIMS like institutions will come up in Andhra Pradesh, West Bengal, Vidarbha in Maharashtra, and Poorvanchal in Uttar Pradesh.Jaitley has allocated adequate funds in the budget for 2014-15 each to set up these institutions.In fact, Odisha had already got a national law university at Cuttack, an AIIMS in Bhubaneswar, an IIT in Bhubaneswar and a Central University in Koraput district.The establishment of an IIM will certainly make Odisha emerge as a major major education hub in eastern India.