If We Do Not Rise campaign unites lakhs of people 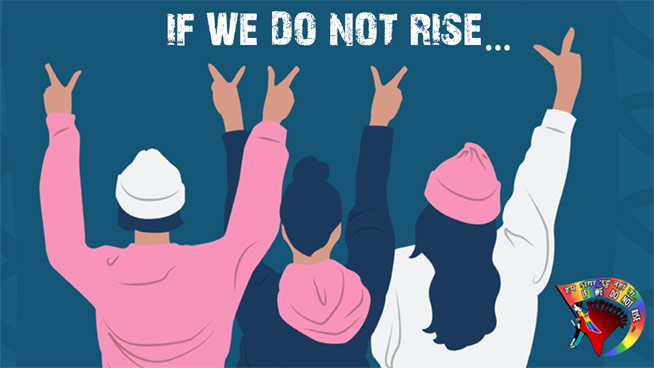 Odisha Channel Bureau
Bhubaneswar: Lakhs of people across the country participated in the If We Do Not Rise countrywide campaign against the targeted attacks on constitutional rights of the people on September 5.

As many as 632 women’s groups, LGBTQIA communities, human rights organisations, trade unions and farmers’ organisations came together to observe September 5 as a day of resistance under the banner of Hum agar uthhe nahin toh… (If We Do Not Rise…). The day marked the third martyrdom anniversary of Gauri Lankesh.

According to the organisers, the online campaign on September 5 witnessed 2670 physical protests with a participation of over 50,000 people across 28 states covering 245 districts.

Approximately 2000 ordinary people made videos on issues that perturbed them the most and they were uploaded on various social platforms. As many as 513 prominent people did facebook lives, thousands of new visuals, paintings, posters were created and shared. Performing artists and many eminent personalities participated in the online campaign.

Over 150 performances took place using the hashtags #IfWeDoNotRise and #हमअगरउट्ठेनहींतो. The estimated views on social media are over 15 lakhs.

“The response was overwhelming; a conversation in the first week of July within a small group transformed into a major national protest. It was both the inclusiveness of the protest as well as the restlessness concerning the situation in the country that drew so many diverse groups to this protest (please see #IfWeDoNotRise on any social media platform).

A large number of young people – designers, performers, social media professionals and students joined the campaign. There were more than 40 logos created for the campaign and then every state voted for them, the one which got highest votes was adopted as the campaign logo. Young designers created hundreds of new posters and designed the factsheets. It was truly a festival of resistance defying the authoritarian state.

The charter of demands covers 13 thematic areas: Democratic Rights, Transparency & Accountability, Institutional Autonomy and Integrity, Right to Life and Safety, Food Security, Right to Education, Right to Work, Right to Political Participation, Right to Health, Access to Natural Resources, Technology and Surveillance, Rights of Persons with Disabilities and Media, the organisers said in a press release.