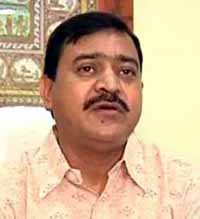 Odisha Channel Bureau Bhubaneswar, July 13: Odisha Chief Secretary Jugal Kishore Mohapatra has been appointed Secretary of Department of Fertilizers in Union Ministry of Chemicals & Fertilizers.The senior most officer of the State administration had earlier expressed a desire to move to the Centre on deputation and the Naveen Patnaik Government had given the go ahead.According to highly placed sources, Mohapatra had expressed his desire to go to the Centre on deputation apparently as was unhappy over the coordination between the Chief Secretary’s office and the Chief Minister’s Office.The post where Mohapatra has been appointed at the centre is lying vacant at present.Gokul Chandra Pati, presently working as Secretary of Department of Defence Production in Union Ministry of Defence, was likely to replace Mohapatra in Odisha.Appointment of Aditya Prasad Padhi, Additional Chief Secretary (ACS), was also likely to be appointed as Chief Secretary of the State, sources added.