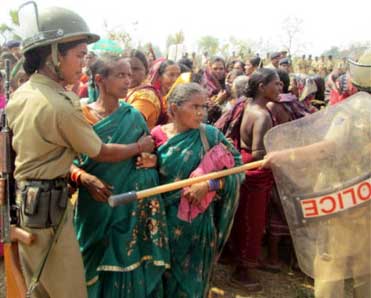 Odisha Channel Bureau Bhubaneswar, May 23: National Green Tribunal (NGT) has issued notices to Odisha Government and Union Ministry of Environment and Forest asking them to file their reply within four weeks that why the injunction will not be granted in respect of ongoing construction work of Lower Suktel Irrigation Project.The notices were issued by the Eastern Zone Bench of the NGT in Kolkata on Friday.The NGT Bench comprising Justice Pratap Kumar Ray and Professor P.C.Mishra issued notice to the Water Resource Department of Odisha Government after hearing a petition filed by Satya Narayan Banchhor, a project affected person also the secretary of Lower Suktel Budi Anchal Sangram Parishad and Balakrishna Sendha.The petitioners contended that the validity of environment clearance granted in 1998 has lapsed because of non-commencement of construction work within five years of granting of environment clearance.The department admitted in its compliance report submitted to Ministry of Environment and Forest that the project has started construction work only in April 2013.The petitioners have further contended that all the construction work going since 2013 is illegal and amounts to an offence under the Environment Protection Act, 1986.It is worthwhile to mention that the Lower Suktel Irrigation project is acquiring around 5000 hectares of land including 637 hectares of forest land. As many 16 villages fully submerged and 10 villages will be partly submerged by the project affecting 4160 families.The forceful construction work started in April 2013 in presence of armed police personnel and arrest of the leaders of agitating villages who have been opposing the forceful land acquisition.Advocate Sankar Prasad Pani is conducted the case in Green Tribunal for the petitioners.