Odisha Government wakes up to jaundice deaths in Sambalpur 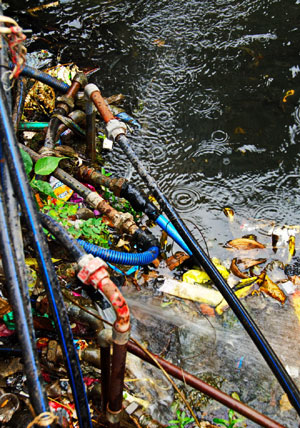 Odisha Channel Bureau Bhubaneswar, Dec 22: After jaundice took epidemic proportions in Sambalpur with the disease claiming 21 lives so far, the State Government announced on Monday that Chief Minister Naveen Patnaik and Chief Secretary Gokul Pati would visit the western Odisha city on Wednesday to take stock of the situation.Even as the Sambalpur district administration claims to have taken all preventive steps to contain the spread of jaundice in the city, many fresh cases of the disease have been reported in the last few days.The situation remains grim with the disease claiming four lives in the last two days.The official death toll due to the disease in Sambalpur and adjoining areas, however, was said to be 17.Even as the authorities in Sambalpur have been claiming to have plugged leakages in the water supply systems, replaced damaged pipelines and taking other preventive measures, the number of people affected by jaundice and admitted to different hospitals is increasing by the day.According to reports, more than 1200 jaundice cases have been detected in Sambalpur and adjoining localities during the past few months.According to a recent Water Initiatives Odisha (WIO) update on jaundice epidemic in Sambalpur, about 30 people are said to have died of jaundice in the city during the last six months.Saving Mahanadi from pollution, correcting drinking water supply systems, initiating proper garbage and sewerage management, regulating unhygienic food and augmenting health facilities are urgently needed, the update says.Contaminated food and water are the main reasons for such forms of jaundice, and industrial pollution may be another cause, according to the update.