In fact, Durga Puja gives a boost to Odia literature every year. But the pandemic seems to have dealt a severe blow to the media as a whole and periodicals in particular. 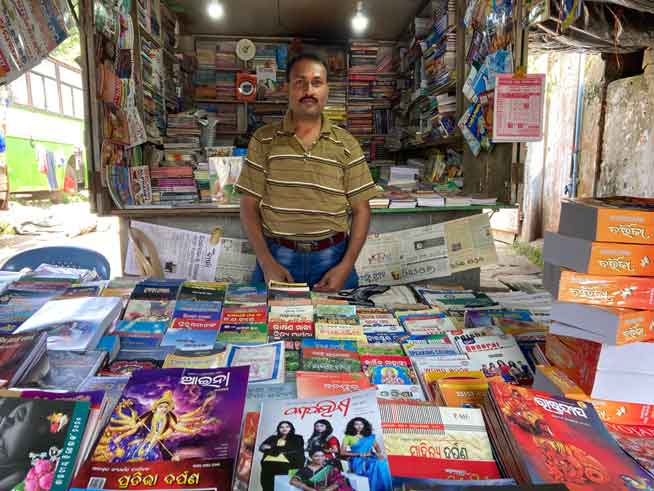 Prafulla Das
Bhubaneswar: The Odia literary periodicals that are published as Durga Puja special numbers every year have been badly hit by the COVID-19 pandemic this year.

The number of such special Puja numbers of Odia periodicals was gradually increasing in the past years. While 79 Puja specials were published in 2015, the number of such issues had increased to 110-112 last year.

But only 60 special numbers have been published so far this year, almost a week after Dussehra. One or two such Puja numbers are expected to be published in the next few days, said magazine stall owners at the Old Bus Stand in the city.

The Old Bus Stand, located at the heart of Bhubaneswar, happens to be a major literary hub of Odisha. Most authors, novelists, poets and short story writers living in Bhubaneswar and other parts of Odisha and outside the State – who visit the place from time to time throughout the year – make it a point to visit the place during Durga Puja to flip through the periodicals to find their published works and go through the works of their friends and rivals in the field.

The scene, however, remains drastically different this year. After the lockdown was suddenly announced in March to contain the spread of coronavirus, the stalls at Old Bus Stand remained closed for nearly two and a half months. The evenings that use to see a large gathering now remains silent with few lovers of literature.

The situation has not turned normal even seven months after the lockdown was enforced. Since few long-distance buses have started playing by now, few writers and those who love literature are visiting the Old Bus Stand even during the ongoing festive season.

The retail sell of Puja special numbers of different Odia periodicals has been less than 25% this time, said Tapan Mishra, a magazine stall owner. Even though lockdown restrictions are being lifted in phases, it may take a few months for the situation to become normal, he added.

Many newspapers and periodicals that came out with a smaller number of pages in their issues have started increasing the number of pages to the normal level, but their sell has not become normal yet, Mishra pointed out. 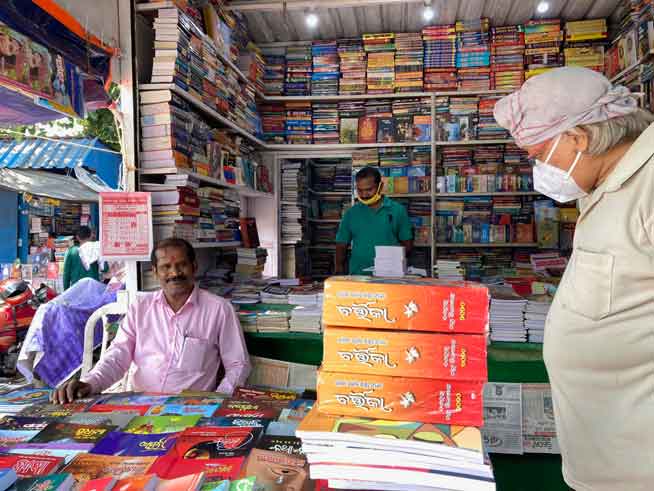 The annual issue of daily newspaper Sambad, the Puja special issue of Satyabadi, a periodical from published by prominent daily The Samaja, and Nabalipi, a prominent magazine, have already been sold out.

“In fact, many publishers have not printed enough copies this year apprehending lower demand in view of the prevailing pandemic situation,” said Babuli Behera, another magazine stall owner.

In fact, Durga Puja gives a boost to Odia literature every year. But the pandemic seems to have dealt a severe blow to the media as a whole and periodicals in particular.

Many literarians who usually don’t subscribe to literary periodicals regularly make it a point to buy most of the Puja issues of such magazines during the Puja season every year. They may have to wait for the next Puja to find the State’s literary scene shining again.