National Bird Festival, Chilika is timed to revel in the glory of 10 lakhs winged visitors of 200 species at Mangalajodi during the winters.
Odisha Channel Bureau
Bhubaneswar: The 3rd National Chilika Bird Festival will be held at Mangalajodi from January 8 to 10, 2021. 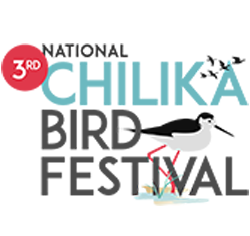 For bookings and further details about the annual bird festival, one can visit Odisha Tourism’s official page – https://apps.odishatourism.gov.in/chilika-bird-festival

“Don’t miss birding at the protected bird sanctuary Nalabana #Chilika. The only time of the year you can visit Nalabana is during the Fest,” tweeted Odisha Tourism on Monday, while requesting people to register for the bird festival.

National Bird Festival, Chilika is timed to revel in the glory of 10 lakhs winged visitors of 200 species at Mangalajodi during the winters.

One can listen to different voices of different birds all around you, sometimes in chorus and sometimes simple exchange of language in form of calls, quacks, chirps, whistles, mimics and trills that echoes different stories of communication among them.

Mangalajodi, situated in the North Eastern Part of Chilika, the largest brackish water lake of Asia, is known as the “Birds Paradise of Asia” for a reason.

Lakhs of winged guests from all over the world throng the bird sanctuary during the winter. Mangalajodi is a shining beacon in the conservation story of India, according to Odisha Tourism.

It’s a living example of how conservation can generate livelihood and banish the menace of poaching. It is a photographer’s paradise as birds are seen at eye level and at close proximity.

Chilika lies in the Central Asian Flyway for birds and is a major stopover for migratory birds from the arctic and sub-arctic during their onward and return migration along the east coast.

The variety of habitats in the Island such as mudflats, floating and submerged vegetation, reed-beds, open waters with varying depth and salinity attract a variety of migratory and resident bird species.

Considering its importance as a major congregation site for migratory waders and ducks and the huge population of birds it supports it has been recognized as a wetland of international importance under the Ramsar convention and has been included in the Ramsar list.

Mangalajodi freshwater wetland and Nalabana Island which form part of the Chilika lake have been identified as Important Bird Areas (IBA).

According to Odisha Tourism, a visit to Nalabana Bird Sanctuary, a beautiful island in the heart of Chilika, on 2nd day of the Bird Festival would give you a chance to tete-a-tete with birds.

“You may just be lucky enough to witness nesting colonies of many variety of colourful birds and also Raptors during the time. Beautiful Greater Flamingos, glorious & magnificent, in hundreds flock in Nalabana. Chilika takes pride in its ‘Hira Pakhi’ as locals call the Flamingos and is one of the largest breeding grounds for Greater Flamingos.”

National Chilika Bird Fest is the only time when Nalabana is opened for nature lovers to witness this beautiful bird haven.