Be careful dear, your honey is actually sugar! 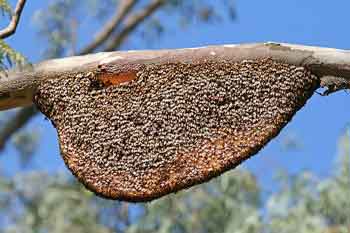 “It is a food fraud more nefarious and more sophisticated than what we found in our 2003 and 2006 investigations into soft drinks; more damaging to our health than perhaps anything that we have found till now – keeping in mind the fact that we are still fighting against a killer COVID-19 pandemic with our backs to the wall. This overuse of sugar in our diet will make it worse,” said Sunita Narain, director general of CSE, while releasing the investigation report on December 2 in New Delhi.

CSE food researchers selected 13 top and smaller brands of processed and raw honey being sold in India. Samples of these brands were first tested at the Centre for Analysis and Learning in Livestock and Food (CALF) at National Dairy Development Board (NDDB) in Gujarat. Almost all the top brands (except Apis Himalaya) passed the tests of purity, while a few smaller brands failed the tests to detect C4 sugar – call it basic adulteration using cane sugar.

But when the same brands were tested using Nuclear Magnetic Resonance (NMR) – laboratory tests currently being used globally to check for such modified sugar syrups – almost all big and small brands failed. Out of the 13 brands tests, only three passed the NMR test, which was done by a specialised laboratory in Germany.

Amit Khurana, programme director of CSE’s Food Safety and Toxins team, said that what they found was shocking. “It shows how the business of adulteration has evolved so that it can pass the stipulated tests in India. Our concern is not just that the honey we eat is adulterated, but that this adulteration is difficult to catch. In fact, we have found that the sugar syrups are designed so that they can go undetected.”

· 77 per cent of the samples were found to be adulterated with addition of sugar syrup.

· Out of 22 samples tested, only five passed all the tests.

· Honey samples from leading brands such as Dabur, Patanjali, Baidyanath, Zandu, Hitkari and Apis Himalaya, all failed the NMR test.

· Only 3 out of the 13 brands – Saffola, Markfed Sohna and Nature’s Nectar (one out of two samples) — passed all the tests.

As of August 1, 2020, NMR tests have been made mandatory in India for honey that is meant for export, suggesting that the Indian government is aware of this adulteration business and the need for more advanced tests.

The Food Safety and Standards Authority of India (FSSAI), in the past year, has directed importers and state food commissioners that golden syrup, invert sugar syrup and rice syrup imported into the country was being used for adulteration of honey. Said Khurana: “It remains unclear how much does the food regulator really know about this murky business.

He added that the three imported sugar syrups named by FSSAI in its directive – golden syrup, invert sugar syrup and rice syrup — are either not imported in these names or are not indicted for adulteration. Instead, Chinese companies are mostly exporting this syrup as fructose to India. “So, why did FSSAI put out what is clearly an erroneous order? We are not certain,” he said.

CSE tracked down Chinese trade portals like Alibaba which were advertising fructose syrup that can bypass tests. It also found that the same Chinese companies that advertised this fructose syrup that can beat C3 and C4 tests also exported to India. CSE then conducted an undercover operation to find out more. It sent emails to Chinese companies soliciting syrups that could pass tests in India. It received replies that syrups were available and could be sent to India.

Chinese companies informed CSE that even if 50-80 per cent of the honey is adulterated with syrup it would pass all stipulated tests. A sample of the syrup that can bypass tests was then sent by the Chinese company as “paint pigment” to get through customs.

CSE also tracked down factory that manufactures syrup to adulterate honey to Jaspur in Uttarakhand. Using the code word for the syrup “all pass”, CSE researchers made contact and procured a sample.

Narain said that it is time for the business of adulteration to be outwitted. CSE seeks the followings from the government, industry and consumers:

· Stop the import of syrups and honey from China

· Strengthen enforcement in India through public testing so that companies are held responsible. The government should get samples tested using advanced technologies and make this information public so that consumers are aware and our health is not compromised. It will also hold companies responsible.

· Ensure that every honey company is required to trace back the origins of the honey – from the beekeeper to the hive.

“But we as consumers must also become more aware of the honey we eat for its goodness. For instance, we often assume that if honey crystallises then it is not honey. This is not correct. We must start learning the taste, smell and colour of the honey that is natural,” says Narain.

She added that people are consuming honey – more of it to fight the pandemic. But honey adulterated with sugar will not make them well. It will, in fact, make them even more vulnerable.

“On the other hand, what should also concern us is that the loss of bees will lead to a collapse of our food system – bees are critical for pollination; if honey is adulterated, then not only do we lose our health, but also the productivity of our agriculture,” she said.