Race begins to identify land for IIM in Odisha 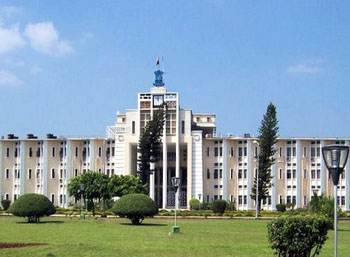 Odisha Channel Bureau Bhubaneswar, Sep 3: The race for identification of 200 acres of suitable land for the for the proposed Indian Institute of Management to be established in the State by the Centre in Odisha began with Collector of Sambalpur selecting two patches of land in the district on Wednesday.Sambalpur Collector’s action came hours after Odisha Government asked two more District Collectors – Collectors of Sundergarh and Koraput – to identify land for the proposed B-School.Odisha Industrial Infrastructure Development Corporation (IDCO) had on Tuesday asked the Collectors of Khurda, Cuttack, Ganjam and Sambalpur to identify suitable land by September 10.A senior IDCO official had told journalists that after the land for the proposed IIM was identified near Bhubaneswar, Cuttack, Berhampur and Sambalpur by the Collectors, the State government will inform the Centre accordingly.Official sources said here that the Collectors of Sundergarh and Koraput were asked to identify land near Rourkela and Jeypore respectively.According to sources in Sambalpur, the District Collectors had selected land at Goshala on Sambalpur-Bargarh road and Niladunguri on Sambalpur-Deogarh road.Secretary of Union Human Resource Development Department Ashok Thakur had asked Odisha Chief Secretary in July to provide 200 acres of land at a suitable location free of cost and free from all encumbrances.Thakur had requested the Odisha Government two to three suitable locations for the purpose.“The location identified should have necessary physical and social infrastructure which include good road, rail and air connectivity,” Thakur had said in his letter.Subsequently, people in Jeypore, Berhampur, Sambalpur, and Rourkela had demanded that the proposed IIM should be established in their respective areas.In such a situation, the Biju Janata Dal Government made a clever move not to make people of any of those towns unhappy and asked the Collectors of six districts instead of two or three to identify land for the purpose so that anyone would not blame it but the Centre for taking a final decision whether to set up the new IIM near Bhubaneswar or Cuttack or any of those four towns.