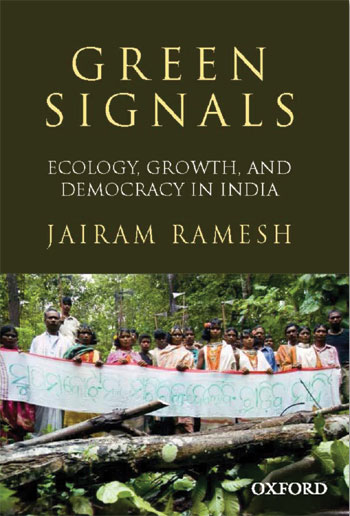 Odisha Channel Bureau New Delhi, Feb 9: Green Signals: Ecology, Growth, and Democracy in India, a book by former Union Environment Minister and senior Congress leader Jairam Ramesh is set to be released on February 16.Green Signals chronicles the ‘1991 moment’ in India’s environmental decision-making, telling the story of how, for the first time, the doors of the environment ministry were opened to voices, hitherto unheard, into the policy-making process.The book by Ramesh has a photograph showing the agitating Dangaria Kandha tribal people of Niyamgiri hills in Odisha’s Kalahandi district on its cover.The agitation by the tribals was against the proposed bauxite mining in Niyamgiri hills by Sesa Sterlite Limited, a Vedanta Group company, for its existing 1MTPA alumina refinery adjoining the hill range.The book details efforts to change the way environment is viewed both by proponents of environmental security and those who prize economic growth at all costs.Environmental considerations must be at the heart of economic growth, especially for a country of 1.25 billion people destined to add another 400 million by the middle of the century, the book says.Told from the perspective of a pivotal decision-maker, the book addresses the challenges involved in trying to ensure economic growth with ecological security.“It takes us through India’s coming of age in the global environmental and climate change community to take on a leadership role that was progressive, proactive, and steeped in national interest,” according to its preface.This collection reveals the story of the author’s attempt at the highest levels of governance to introduce effective decision-making, a transparent and accountable administration and to make environmental concerns an essential component of a nation’s quest to accelerate economic growth and end the scourge of poverty and deprivation, its preface said.The book, rich in sources, contains speaking orders on high-profile projects, notes and letters to the Prime Minister, Ministerial colleagues, Chief Ministers and others.The book has been published by the Oxford University of Press (OUP).The hardback version of it has been priced at Rs.850.