Demand grows for arrest of Gajbhiye

Odisha Channel Bureau Kendrapara, Aug 10: The arrest and suspension of ex-Superintendent of Police of Kendrapara Satish Gajbhiye cry grew louder today with opposition parties hitting the streets and seeking initiation of disciplinary and criminal proceedings against the former police head for brutalised attack on protesters.A lawyers’ panel from Orissa High Court today also visited Kendrapara to probe into the excesses by local police and the then SP during the anti-Sarathi protest. While BJP staged demonstration in front of various police stations across the district, the district unit of Congress staged dharna in front of the office of the Kendrapara District Collectorate. 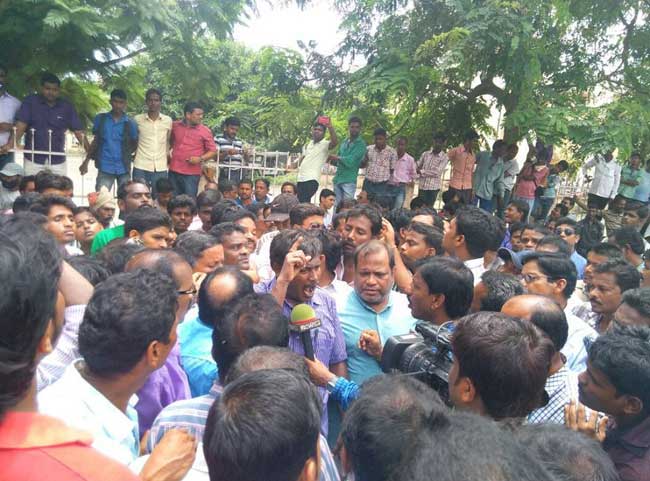 Both parties strongly demanded action against Gajbhiye for the police excesses against the protestors in Kendrapara town four days ago.The former SP Gajbhiye took law unto hand and unleashed terror on peaceful protesters in Kendrapara a day before the Baba’s arrest by the Crime Branch.It was Gajbhiye under whose direction police turned barbaric in beating the people black and blue.The people were staging demonstration and blocking roads in Kendrapara demanding the godman’s arrest.The guilty police officer needs to be arrested and suspended so that police would desist from resorting to such action in future, said senior Congress leader Ganeswar Behera.