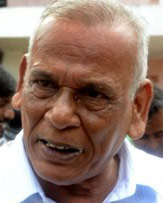 Odisha Channel Bureau Bhubaneswar, Sep 26: Former Advocate General of Odisha Ashok Mohanty, who was arrested by the CBI a few days ago, was granted bail by a Sessions Court here on Friday.The court ordered that Mohanty be released on bail upon his furnishing two sureties of one lakh rupees each.The court also asked Mohanty to cooperate with the CBI in its investigations.Orissa High Court had on Thursday asked Mohanty to approach the appropriate Sessions Court in Bhubaneswar on Friday to seek bail in the chit fund scam.Mohanty’s lawyers had approached the High Court after the former Advocate General was remanded to judicial custody by a Designated CBI court in Bhubaneswar on Wednesday evening.Mohanty was produced before the CBI court on Wednesday after the expiry of his two-day CBI remand.He was remanded to judicial custody after the CBI court rejected his bail plea.Mohanty was arrested for allegedly misusing his office as Advocate General with regard to purchase of a house from Pradip Sethy, head of chit fund firm Artha Tatwa (AT) Group in Cuttack, in 2013 for a sum of one crore and one lakh rupees.The former AG was arrested from his residence in Cuttack on September 22 following his questioning by the CBI in Bhubaneswar on September 13.Meanwhile, the lawyers of Orissa High Court, who were abstaining from court work since Wednesday questioning the manner in which Mohanty was arrested in the case, decided to resume work from Monday.