Govt should have avoided interference: Pradhan 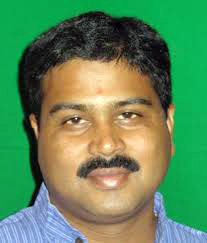 Odisha Channel Bureau Bhubaneswar, June 21: Odisha Government instead of taking a confrontation course against Jagadguru Shankaracharya on issue of devotees climbing the chariot and touching the deities should have stuck to provisions of law and gracefully accepted the advice of the seer, Union Minister of State (Independent Charge), Petroleum and Natural Gas Dharmendra Pradhan said in a statement on Saturday.“If Government would have gone by the rule book, an unnecessary controversy could have been avoided,” the Minister said.“Jagadguru Shankaracharya is the final advisor on the issue of rituals of the deities as per the statutorily recognised record of rights,” Pradhan observed.“While his opinion was accepted by the Managing Committee of the temple and endorsed by none less than Gajapati Maharaja Dibyasingha Deb, Government had no valid ground to get into the controversy and reverse the decision,” Pradhan said.“Due to state Government’s unwanted interference the High Court had to get into the matter while it was absolutely clear in the record of rights that the power of the State extends only to secular functions and not to religious rituals,” the Minister said.Pradhan said Jagadguru Shankaracharya, Gajapati Maharaja and Temple Managing Committee need to be given absolute authority on religious matters and Government should only take care of law and order and logistics support.The controversy over the devotees climbing the chariots during the Rath Yatra in Puri had come to an end after the Orissa High Court passed its orders on a public interest petition on the issue.