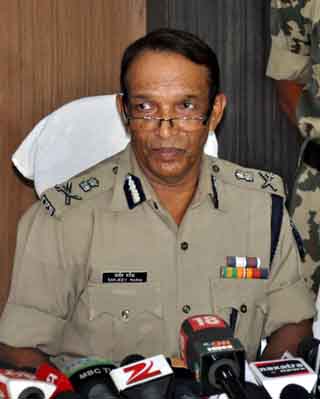 Odisha Channel Bureau Bhubaneswar, July 20: Odisha police will intensify the anti-Maoist operations in the State, Director General of Police Sanjeev Marik said here on Sunday.One chapter in the history of the Maoists in Odisha had ended with the arrest of Maoist leader Sabyasachi Panda, said the head of the State police.The anti-Maoist operations, however, will be stepped up to deal with the Maoists who were entering into Odisha from Chhattisgarh and Jharkhand, he added.“You will soon see the results,” Marik observed.The police operation in the forests of Deogarh district had led to seizure of one automatic gun and one rifle, Marik informed.The DGP further said that Maoist activities had also come down in Narayanpatna area of Koraput district.Giving details about the arrest of Sabyasachi Panda on Friday, Marik had dubbed Panda’s arrest as a major achievement of the State police.Chief Minister Naveen Patnaik had also congratulated the police for the operation leading to the arrest of Odisha’ most wanted Maoist.