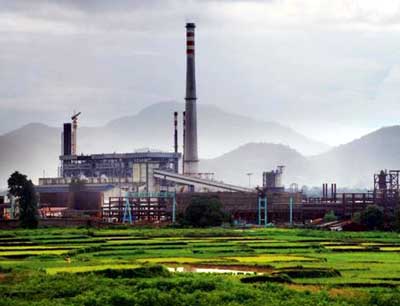 Odisha Channel Bureau Bhubaneswar, Aug 1: Amnesty International India on Friday said that the expansion of Vedanta’s refinery at Lanjigarh in Odisha’s Kalahandi district should not be approved without remediation and genuine consultation.A public hearing held on July 30 at Lanjigarh on the six-fold expansion of an alumina refinery operated by a subsidiary of the UK-based Vedanta Resources breached national and international standards, Amnesty International said.“Local communities, who have the most to lose from the expansion, did not receive adequate information on the project’s potential impacts.Observers have reported that people who opposed the project were cut off or not given time to speak,” said Aruna Chandrasekhar, Business and Human Rights Researcher at Amnesty International India.“The summary of the proceedings reflecting all views expressed was not read out, breaching requirements under Indian law,” she said in a statement issued by Amnesty International India.“The hearing was held as part of the project’s environmental clearance process, and was intended for authorities to consult local people and address their concerns.Under Indian environmental laws, specifically Environmental Impact Assessment (EIA) notifications issued by the Ministry of Environment and Forests, authorities are required to widely publicize draft EIA reports and make them available for inspection to the public.In areas where communities do not have access to newspapers, authorities are required to use other appropriate means to ensure that people are informed about the hearing,” Amnesty observed.Kumti Majhi, a local Majhi Kondh Adivasi (Indigenous) community leader said that “there was no public announcement about the hearing, except a loudspeaker announcement on the morning of the day it was held.There was no discussion of the impacts affecting our village.If people who are living in the vicinity of the refinery did not get to know, imagine the situation in other villages.”At a public hearing, every attendee is entitled by law to an opportunity to raise concerns.There must be a fair and full summarization of proceedings in the local languages, which should be read out to the public.Amnesty International India spoke to a number of local residents, activists and journalists who emphasised that these key safeguards had not been met.Lingaraj Azad, a local activist, told Amnesty International India that “only a small fraction of us were allowed to speak.Those who were opposed were being abruptly cut off or told to wind down.The organizers did not even read out the official record or minutes at the end of the hearing.How do we know if our objections were even recorded?”Priyabrata Satapathy, an environmental lawyer who attended the hearing, said, “The discussion on the project impacts was limited to less than five minutes.A large part of the hearing was dominated by members of the ruling political party, with those in favour of Vedanta being summoned to speak.They continued to maintain that there is no pollution and that the plant has zero-discharge norms, when the reality is very clear for anyone to see.”Between 4,000 and 5,000 people who live in the 12 villages that surround the Lanjigarh refinery, including Majhi Kondh Adivasi, Dalit and other marginalised communities, remain affected by the refinery’s operations, including its impact on water and air, which has compromised their access to water for drinking and domestic use and placed their health and livelihoods at risk.Vedanta’s plans to expand its 700-hectare refinery involve the acquisition of an additional 888 hectares of land belonging to these communities.Local communities have also raised concerns over the risk posed by the refinery’s red mud ponds, which contain hazardous waste materials.The ponds are situated only a kilometre away from streams that feed into the Vamsadhara river, which communities depend on for drinking water, personal use and for their livestock.The EIA, in its current form, fails to address breaches of international human rights law and Indian laws by the existing refinery operations and how these will be remediated.The EIA contains no information on impacts on health, data on health monitoring, or how damage from past pollution and poor waste management will be remediated.An expert committee set up by the Indian Ministry of Environment and Forests in 2010 found that the company “is in illegal occupation of 26.123 ha of village forest lands enclosed within the factory premises” and was in violation of the Forest Conservation Act and the Environment Protection Act.The EIA has also failed to explain how this will be remediated.“The Supreme Court of India, the former Minister for Environment and Forests and a range of national and international experts have highlighted the need for the refinery to rectify violations,” said Aruna Chandrasekhar.“The governments of India and Odisha have to ensure that there is no expansion until all existing problems are addressed and a full, impartial and adequate assessment of the human rights impact of the project is carried out in genuine consultation with affected communities.”