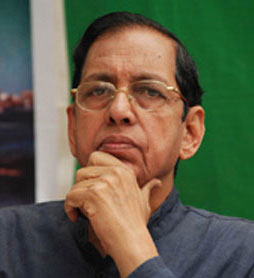 Odisha Channel Bureau Bhubaneswar, Nov 17: Rajya Sabha Member and Odisha Jan Morcha president Pyarimohan Mohapatra was on Monday questioned by the Enforcement Directorate in connection with the Odisha mega chit fund scam.Pyari was summoned by the Directorate and questioned for more than two hours about his alleged links with the Seashore Group, one of the companies involved in the scam.While the Central Bureau of Investigation is investigating into the main cases relating to the ponzi scam, the Directorate is probing into the money laundering aspect of the scam.The Directorate had recently taken into custody Prashant Dash, head of the Seashore Group and grilled him for several days.Dash is at present in CBI custody.It may be recalled that the Seashore Group had signed several MoUs with different Departments of Odisha Government when Pyari was in the ruling Biju Janata Dal.Pyari had formed Odisha Jan Morcha after he was ousted from the BJD after he allegedly organised a failed coup against Chief Minister and BJD president Naveen Patnaik.