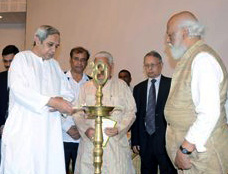 Odisha Channel Bureau Bhubaneswar, Jan 16: Inaugurating the 9th Film Festival on Art and Artists, an annual event of JD Centre of Art here today Odisha Chief Minister Naveen Patnaik said the State Government is in the process of taking up a Kalamandal Project to provide a prestigious platform to artistes of all forms.Underlining the State Government’s commitment to promote all forms of art, Patnaik said there is also an initiative to set up a permanent art gallery in the State capital.Appreciating the initiative of JDCA to organise annual film festivals for showing documentaries on various forms of art and eminent artists of the country, Patnaik said, “I believe it will be a great learning experience.It will certainly be inspiring to our youngsters who want to pursue art in life.The documentation of art and artists makes a great contribution to the history of our art”.“The JD Centre has been persistently endeavouring to keep people engaged in the aesthetics of life,” the Chief Minister added. The CM said that the collections of art objects and documentary films by the JD Centre are a visual delight and a reminder of our cultural wealth.Describing the cultural splendor of Odisha, Patnaik said, ‘Odisha is a State that is deeply rooted in art.“From the majestic temples of Puri, Bhubaneswar and Konark to intricate patta paintings to pure tribal art – Odisha is a journey through art. Our art and culture make us special as a people that understand life and its true aesthetic sense.” Patnaik complimented Chairman of JDCA Jatin Das for his efforts to make JDCA a prestigious centre of art. 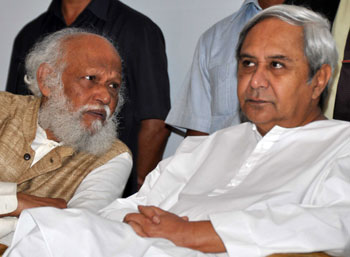 “Collection of art, its cataloguing, preservation and displaying them to public at times is not easy.It needs the lifetime devotion and commitment of a person like Jatin Das to bring such dream into reality,” he added.Among others Minister for Tourism and Culture Ashok Chandra Panda, Chairman of JDCA Jatin Das, Tourism and Culture Secretary Arvind Padhee, Executive Director of JDCA Abasar Beuria, Director of Film Festival Biren Das spoke on the occasion.Padmashri Chaturbhuj Meher, actress Nadita Das and several other prominent persons from the field of art and film were present.The festival, being held at IDCOL Auditorium of the city, will continue till January 18.The focus of the festival this year is ‘Making of Art: The Process’.During the three-day festival, about 35 films will be screened from a selection of over hundred entries, and along with it film workshops, seminars, exhibitions that showcase handlooms, handicrafts and cuisines of Odisha are organised to make the experience more wholesome.