He told them to take stern action against those creating artificial scarcity of essential commodities in the name of floods and heavy rains. 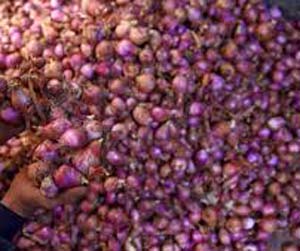 Minister for Agriculture Kurasala Kanna Babu told media here that the Collectors and SPs were asked to ensure that all shops display the price list prominently.

As per the instructions of the Chief Minister, onions were purchased through Nafed and being sold at the Rythu Bazaars at the rate of Rs 40 per kg.

The Minister said that the Chief Minister was regularly reviewing the flood situation and all steps were being taken to provide relief to the flood-affected people.

Every affected family was being provided with food, medicines and essential commodities. All the ministers, officials and YSRP MLAs were touring the affected areas for the past 20 days and providing relief to the affected people, he said.

The Minister said the Chief Minister was monitoring the situation on a daily basis while there is no sense in what TDP president N. Chandrababu Naidu and his son Lokesh were talking from their hideout in Hyderabad for the past eight months.